Brunei’s 33rd National Day celebrations have come and gone and with it, the first ever Brunei Gastronomy Week. Initiated by the Brunei Tourism Division of the Ministry of Primary Resources and Tourism (MPRT) to create awareness on local cuisine to the public, the Brunei Gastronomy Week was a gastronomic success, with 16 of the country’s top hospitality establishments serving their elevated version of local cuisine during the five-day promotion.

From appetizers to desserts, each participating establishment featured dishes that are uniquely Bruneian, such as bamboo chicken – a traditional Iban dish typically served during festivals like Gawai, and nasi katok – a popular economical meal that takes the form of white rice, a cut of fried chicken and sambal wrapped up in brown paper. 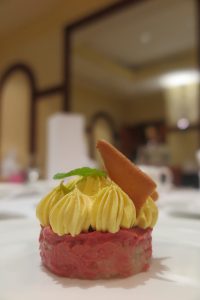 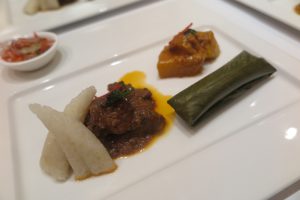 URBN Kitchen, a restaurant that only opened its doors last year, brought local cuisine up to gourmet levels. Their Deconstructed Nasi Katok was a deluxe interpretation of the simple meal loved by Bruneians, and their indulgent Lela Menchanai dessert featured a combination of ingredients from kek batik crumble to pandan micro sponge and complemented by a bar of Magnum ice-cream. 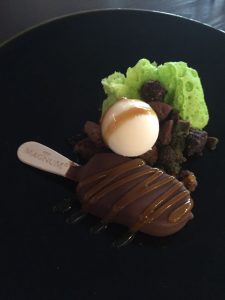 The Brunei Hotel offered their own deluxe interpretation two of Brunei’s popular meals: bamboo chicken and nasi katok. The bamboo chicken dish had spicy fried rice topped with ikan bilis and a side of pakis (jungle ferns) to complement the aromatic bamboo chicken – as good in presentation as it was in taste. 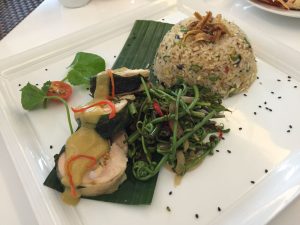 MyTown Eating House, The Coffee Bean & Tea Leaf and Charcoal BBQ & Grill Restaurant added a ubiquitous local dish to their ala carte menu. MyTown’s Special Kolo Mee was a satisfying plate of noodles served with curry sauce with a side of tiger prawns, topped with crispy fried chicken skin. The Coffee Bean & Tea Leaf cooked up an Asian version of aglio olio with chicken breast mixed with pumpkin and okra. Sticking to what they are indisputably good at, Charcoal BBQ & Grill came up with a meaty dish of Grilled Hoisin Lamb Cutlets with double sweet potato puree served with plum and mint sauce and mild chili paste. 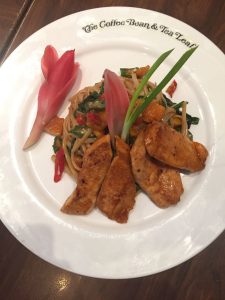 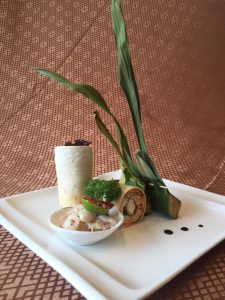 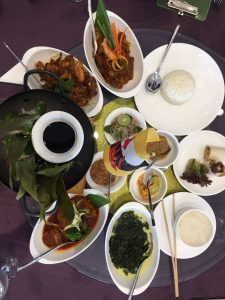 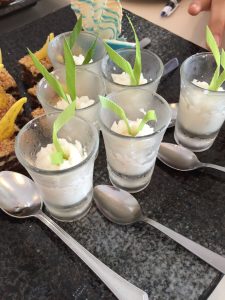 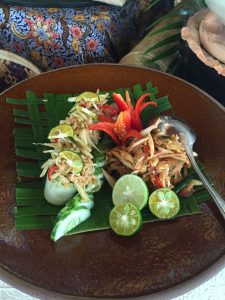 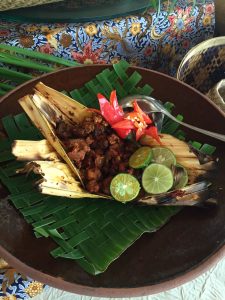 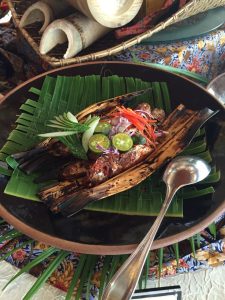 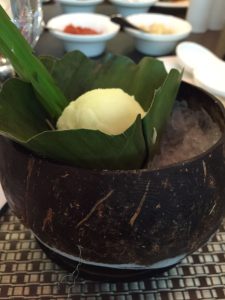 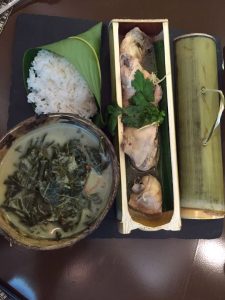 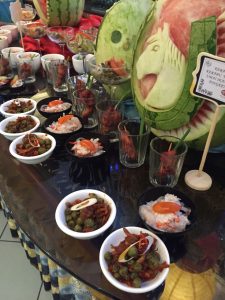 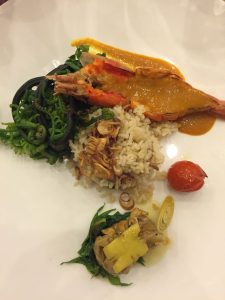 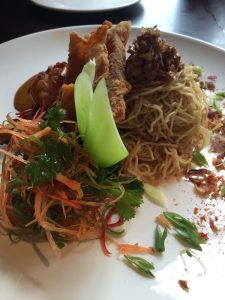 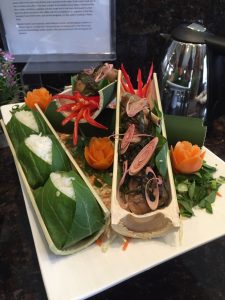 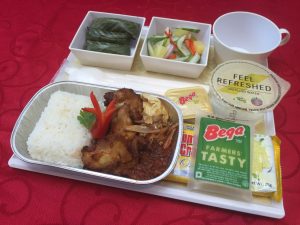 As an added highlight, the dishes served by all the participating establishments during Brunei Gastronomy Week was reviewed by appointed judges who sampled the dishes and judged them according to a set of criteria. The winners will be announced at the Tourism Industry Award ceremony which will tentatively be held in April this year.