After All, a Theatre Production by Sutera Memento

After All, a Theatre Production by Sutera Memento

The musical “After All” is a production that featured a double bill of plays “Emily” and “Untitled”. The first, based on the original Singaporean play titled “Emily of Emerald Hill”, tells the story of Emily Gan – a woman who achieved the status of ‘Nyonya Besar’ in a Peranakan household – and depicts Emily’s hardships and struggles in maintaining her happiness. The second is an original play that tells the tale of three individuals trying to pursue a life in the performing arts in a place where such acts are prohibited, and how their stories intertwine. Both stories and their performances had the audience captivated from beginning to end.

The production was organized by Sutera Memento, a theatre start-up company under Universiti Brunei Darussalam’s (UBD) Discovery Year Incubation Programme by Hjh Kartini Dewi Abdullah with the help of Low Kok Wai, a lecturer teaching Drama and Theatre Studies modules in UBD. The cast and crew were made up entirely of students from Drama and Theatre Studies in UBD, and this production – open to the public and performed at the International Convention Centre in Berakas – marks the first time that UBD organized a theatre performance outside of campus.

If the overall stellar performance and production is any indication, this will not be their last. And as further proof of their success, the group has been invited to showcase their talents at the 10th Asia-Pacific Bureau of Theatre Schools Festival at the Shanghai Theatre Academy in June this year. With the rapid growth of performing arts in Brunei in recent years and the public’s evident appreciation of it, their invitation is certainly a step in the right direction, and may help in Brunei’s efforts to be recognized in the international spotlight of performing arts.

Keep up to date with future productions by Sutera Memento by following them on Instagram and Facebook. 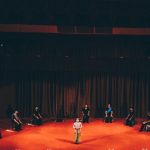 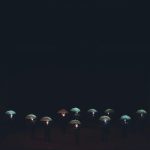 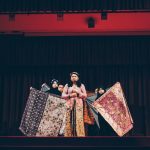 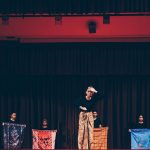 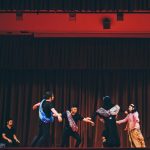