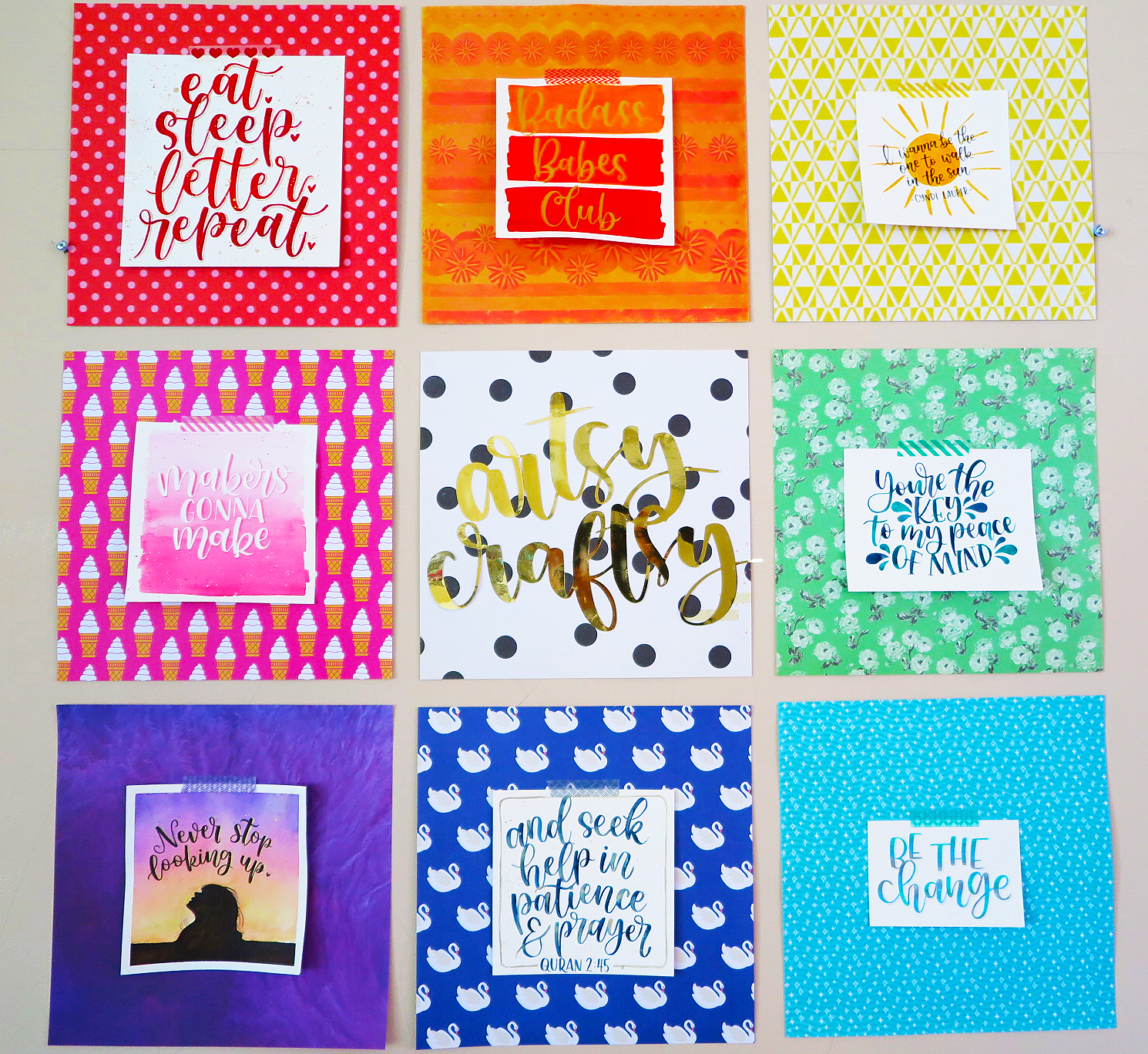 It’s comforting to know that in this digital world, cursive has made a comeback.

While there will always be a place for the sterile impersonal neatness of type font letters, if you’ve been on social media at all for the past few years, you’ll notice that things have turned decidedly handcrafted. Calligraphy came in a blaze of renaissance – and then hand-lettering followed suit soon after.

The reason? Artsy Craftsy owner Aida Idris has an idea, “It’s a great way to express yourself creatively, and like anything else, it really depends on the practitioner and how diligently they can apply themselves.”

Artsy Crafty started off the way most handcrafted businesses began in Brunei: through Instagram. Having always been a fan of penmanship growing up, Aida came across a lettering video on Instagram in early 2016 and found the cursive style pretty and interesting. It wasn’t long before she started seeking her own resources and practicing the art on her own, and while she initially began as a way to de-stress (those who take part in the art of hand-lettering would agree that the practice is extremely therapeutic), it didn’t take long before she became completely obsessed. 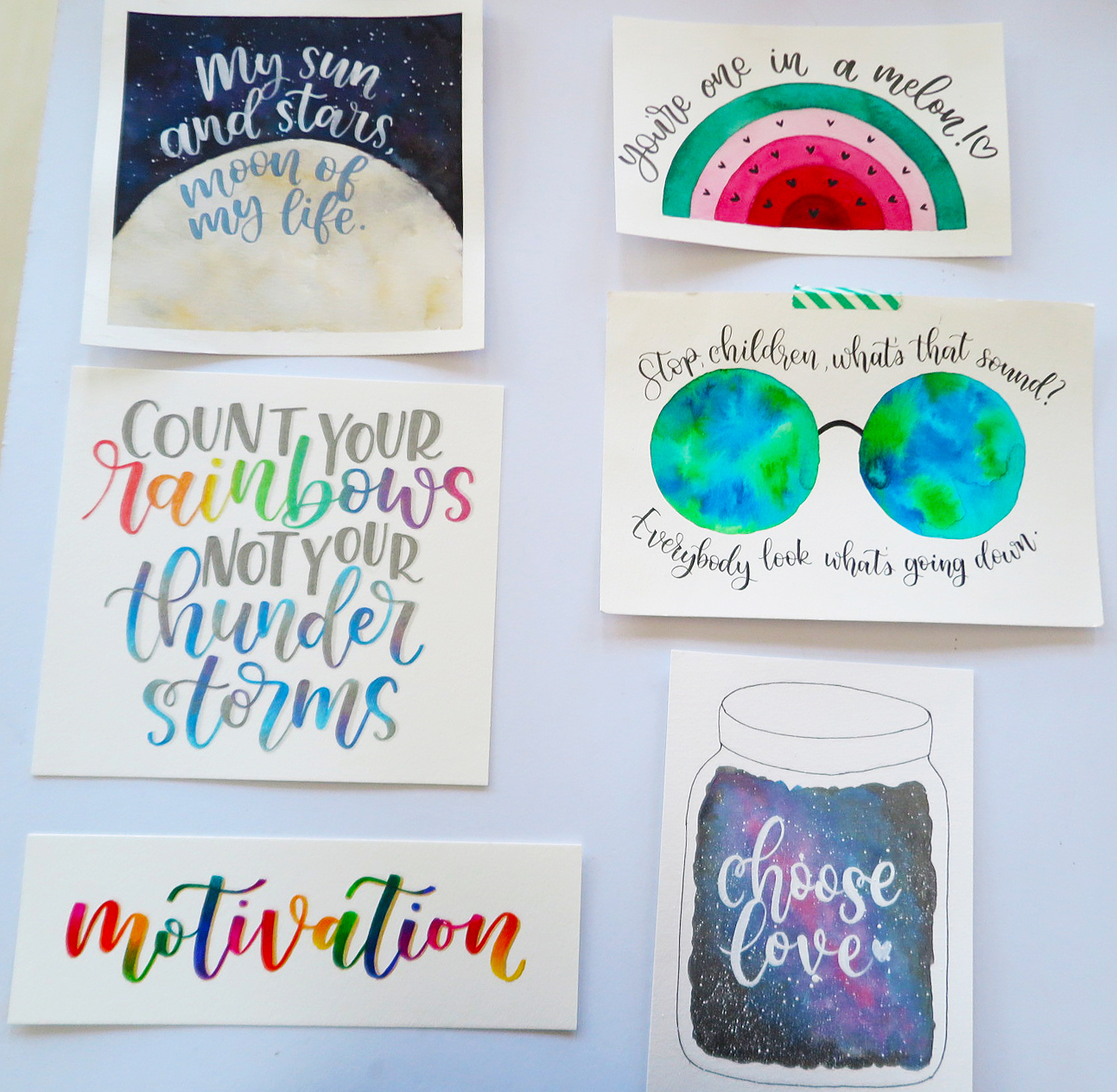 She began conducting small-scale workshops, experimenting on different tools and kits, taking part in local festivals, and started accepting clients. It wasn’t long before people began to take notice of her work, and what started as a hobby soon became an actual business. Today, Aida has amassed more than 46 thousand followers on her Instagram account.

Cursive and hand-lettering has certainly made a comeback in Brunei, with other local artists sharing the stage with Artsy Craftsy, but it’s a movement that is being seen the world over. Hand-lettered decals with personalised messages can be found all over Pinterest and Instagram, and there are even mass-produced artwork made to look hand-lettered. The Internet has amassed hundreds of hand-letterers conducting workshops through videos. Some have even formed international units of hand-lettering friends.

“I have befriended so many Lettering artists from all over the world, and some of us have really bonded and become very close friends. We call ourselves The Lettering Tribe (@theletteringtribe),” Aida tells us. “One of my most memorable projects involved this group: we had all come together to create baby milestone cards for a pregnant friend in Australia, and we were each assigned a month where we created a piece of artwork in our own individual styles, before I collated all the artwork and sent the entire set to her. It was such a unique and creative labour of love.” 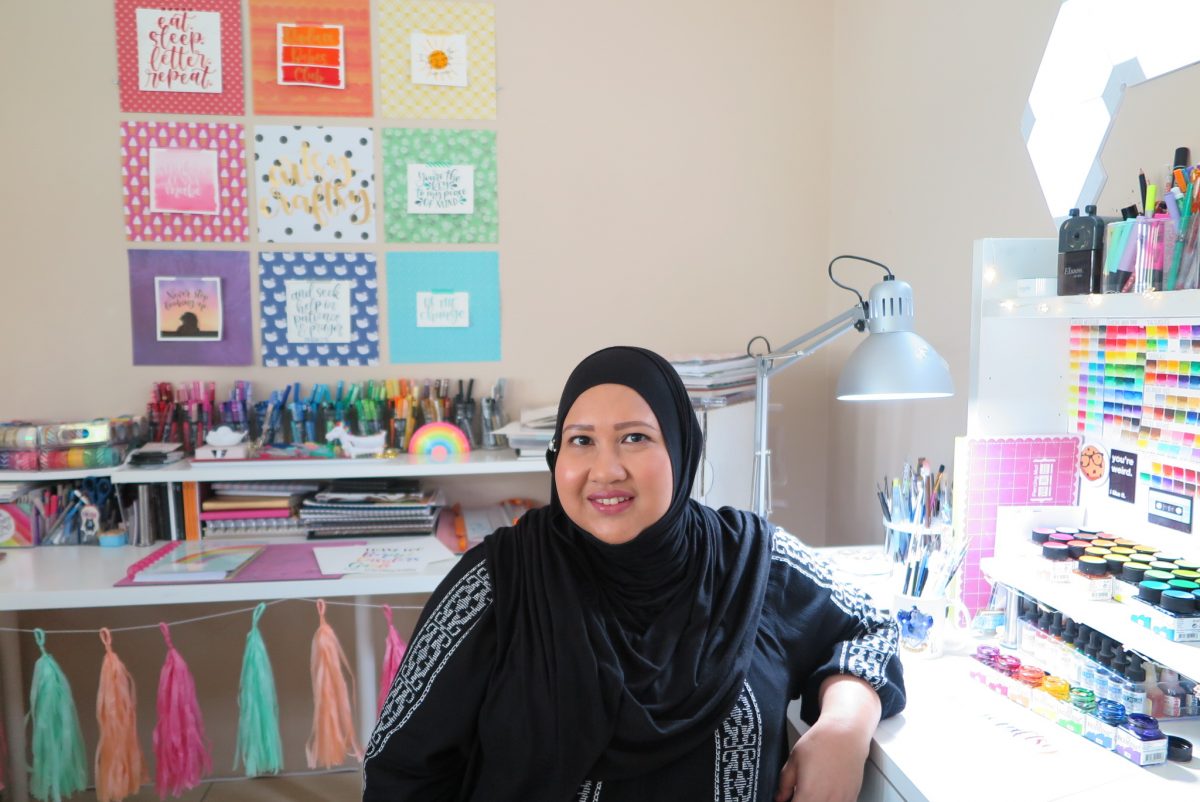 In finding her people on social media sharing the love of what she does, it isn’t surprising to know that the most rewarding part of Aida’s home-based business is the non-business aspect of it.

“It’s amazing to be able to express my personality through colours, quotes and sparkle! Being paid and appreciated for doing something I am already so passionate about is just icing on the cake.”

So love what you do, do it well, and what other advice can be given to creatives ready to start their own business?

“It’s pretty simple actually,” Aida says. “Work hard, be original, and always be your authentic self.” 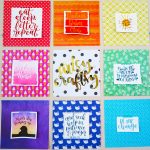 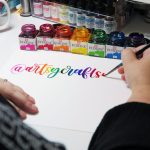 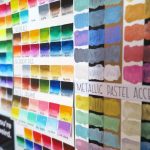 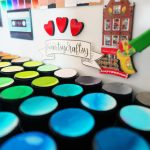 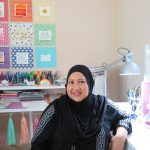 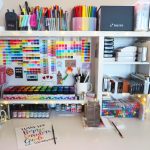 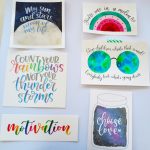 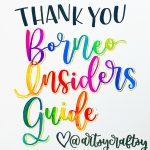 Works by Aida Idris can be found on her Instagram account (@artsycraftsy). She can be reached through her email: artsycraftsybn@gmail.com.

This article first appeared in the January-March “Art of Borneo” issue of Borneo Insider’s Guide magazine.