An ultramarathon, also known as ultra distance or ultra running, is a race on foot that goes on longer than the traditional 40km. And in the case of the Brunei Unexpected Kingdom Ultra Marathon (B.U.K.U.M), which will be held from 1-2 December 2018, participants will be running a whopping 115km starting from Labi in the Belait district and ending at Taman Haji Sri Omar ‘Ali Saifuddien at the city centre. 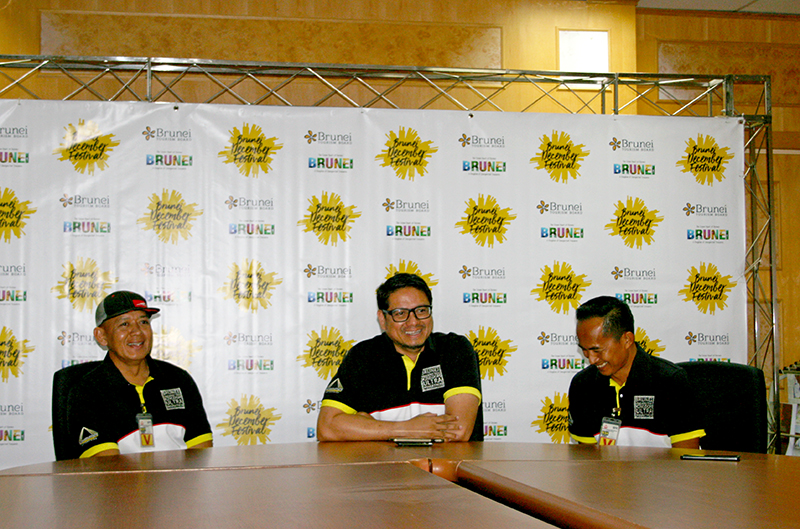 As announced in a press conference held by the Begawan Athlete Enterprise (BA) and event coordinator AKK Design on 14 November 2018 at the Ministry of Primary Resources and Tourism, this is Brunei’s first ever 24-hour ultramarathon run that spans across the Belait, Tutong and Brunei-Muara districts. The event is held in conjunction with the Brunei December Festival.

The ultramarathon will have participants racing on foot through the backroads of Brunei, running through rural villages such as Kampung Labi, Lumut, Kampung Bukit Puan, Rumah Kampung Merangking, Tasek Merimubun, Padnunok, Junjungan, Kampung Lumapas until the finishing line at the city centre. This charming landscape participants will be racing through is a truly unique way for runners to experience firsthand Brunei’s different communities and their way of life.

But if 115km sounds like too much, B.U.K.U.M will also be offering three other race categories: 60km (which starts from Tasek Merimbun), 30km (which starts at Taman Haji Sri Omar ‘Ali Saifuddien and loops back to end at the same venue), and the 3km Fun Run, which has the event focusing on providing awareness on autism in the sultanate, with plans to invite autistic members of the community to participate along with the public.

The race for the 115km distance begins at Kampung Labi at 9pm on 1 December 2018, with a cut-off time of 9pm the following day. Winning participants will be presented with medals and cash prizes at Taman Haji Sri Omar ‘Ali Saifuddien on the morning of 2 December, which coincides with the official launch of the Brunei December Festival. Along with the winner’s ceremony, the event will also be hosting fun fairs, workshops and a car showcase at the same venue.

For more events and happenings going on in the Brunei December Festival, visit the Brunei Tourism website or the Brunei Events website for more information.