And the Barista Champion is…

And the Barista Champion is…

It was a fight to the finish at the Coffee Bean and Tea Leaf Barista Competition Grand Final last Sunday, 9 April 2017, but it was already a win for female baristas all over Brunei. The final five baristas – all females – took to the stage at the lobby of the Times Square Shopping Complex to prepare and then serve three types of beverages to the judges, all within a span of 15 minutes, to a huge crowd of spectators, sponsors, partners, media, families and friends.

The five baristas took turns to present their two core beverages and one signature beverage (either espresso or tea based) to the judges, and were judged in two categories: on technical skills, and on product taste, presentation and creativity.

At the end of the competition, Ayu Siti Mauweyah was declared Champion Barista, and also won Best Signature Beverage with an appealing signature drink that featured coconut and pineapple mixed with coffee. 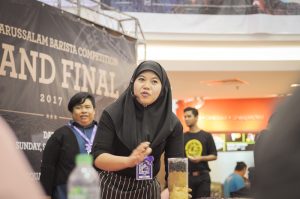 Ayu Siti Mauweyah was declared the Champion Barista of the competition

As Champion, Ayu Siti Mauweyah received a trophy, medal and certificate, along with a goodie bag that contained a BND100 cash prize, a BND50 voucher from Charcoal BBQ & Grill Restaurant, 6-months membership at the Royal Brunei Recreation Club, $100 Easi Recharge Card from DST, a Baiduri Mastercard Cash Card Preload with BND40, and more.

For her Best Signature Beverage award, she also received a BND25 cash prize, a Family Package Ticket to the Jerudong Park Country Club, a Baiduri Mastercard Cash Card Preload with BND40, one month membership at the Royal Brunei Recreation Club, a BND100 Easi Recharge Card from DST, and more.

As Champion, she will also be representing Brunei in a Barista Competition held in Kuala Lumpur this July.

On having females dominate the competition, Ida Patera, Marketing Manager of The Coffee Bean and Tea Leaf Brunei, commented, “In an industry predominantly occupied by men, it’s amazing to see that we ended up with five female finalists.” 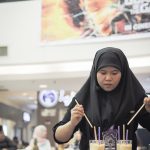 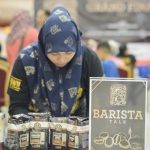 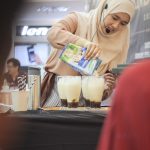 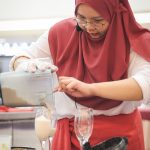 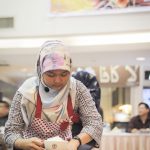 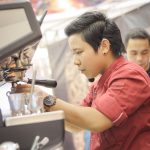 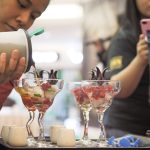 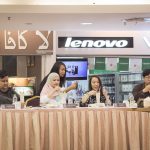 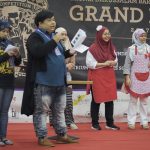 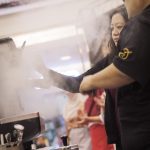 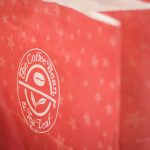