Back again for the 7th year, the Borneo Eco Film Festival (BEFF) is bringing award-winning environmental films from around the world to Sabah from 22-24 September 2017 at Suria Sabah, Kota Kinabalu. A sure treat for cinephiles, the three-day festival will feature premieres of Asian and Southeast Asian documentaries focusing on a myriad of issues from elephant conservation to indigenous land rights.

By showcasing environmental films and nurturing local community filmmaking, BEFF is the only environmental film festival in the world that offers a platform for community filmmakers through the Suara Community Filmmaking Programme – a flagship training program that supports short film-making in rural and indigenous communities in Sabah so these communities are able to use their own voices to tell stories that are important to them. These films will be premiered on the final day of the festival.

Other highlights include the never before seen 1961 Royal Society Expedition to Mount Kinabalu and the Asian Premiere of ‘Fractured Land’ – a film following the life of Caleb Behn, a young Dene lawyer who is conflicted between his duty to protect his indigenous territory while also understanding the people’s need for jobs. Also showing will be ‘Bugs on the Menu’, which focuses on alternative protein sources and creative ways to include (and ingest) insects in our daily diet. The eye-opening ‘River Blue’, narrated by Jason Priestly, tackles the issue of sustainable fashion, while the closing night’s screening of ‘Kedi’ is a beautifully-shot documentary about the beloved cats that are integral to Istanbul’s character. All films are subtitled in Bahasa Malaysia and screenings are free.

BEFF’s goals are three-fold: to Educate on ecological and cultural issues, to Expose these issues through environmental films to encourage discussion, and Engage storytellers through films by providing them with a platform for community filmmaking. As part of the festival’s Youth and Education Outreach, this year BEFF initiated the Young Leaders for Sustainability Programme (YL4S), which will have youths aged 18-30 taking part in monthly workshops throughout the year to build awareness of knowledge in environmental and social issues. These youths will meet and share experiences with environmental leaders, NGOs, indigenous elders, scientists, wildlife experts and social entrepreneurs.

The full festival schedule will be made available here.

BEFF is organised by the voluntary society Melapi (Society for Holistic Outreach, Research and Environmental Action), and is supported by Yayasan Hasanah, Ministry of Tourism, Culture and Environment Sabah, Ministry of Resource Development and Information Technology Sabah, and Suria Sabah. 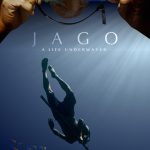 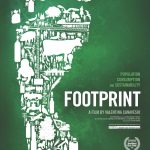 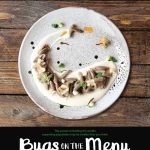 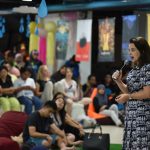 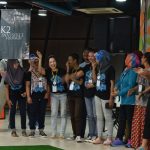 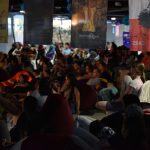