Yang Berhormat Dato Seri Setia Awang Haji Ali bin Apong, the Minister of Primary Resources and Tourism, pose in a group photos with members of the Brunei Tourism Board, members of the Legislative Council and esteemed guests as the launching of the Brunei River Heritage Trail

The Royal Wharf overlooking Brunei’s famed water village, the serene waters of the Brunei River and the hustle and bustle of boatmen travelling its channel, was the perfect setting for the launch of the Brunei River Heritage Trail – a tour package that aims to promote the river trail as a tourist destination and also serve to educate and create awareness on the historical development and birth of Brunei Darussalam.

Flowing through the capital and into the Brunei Bay, the Brunei River is the shortest major river in the sultanate and the most historically significant. This is a river that tells multitude stories relating to the local culture and heritage, including mythologies, modern scenery interspersed with important historical sites, and a pretty amazing view throughout.

The Brunei River holds the locations of many famous local myths and legends, like the unassuming little island Lumut Lunting – that tells the tale of an epic cockfight between the rulers of Brunei and the Majapahit Empire as told in Syair Awang Semaun; and Jong Batu, which tells the famous tale of Nakhoda Manis and his heartbroken mother. 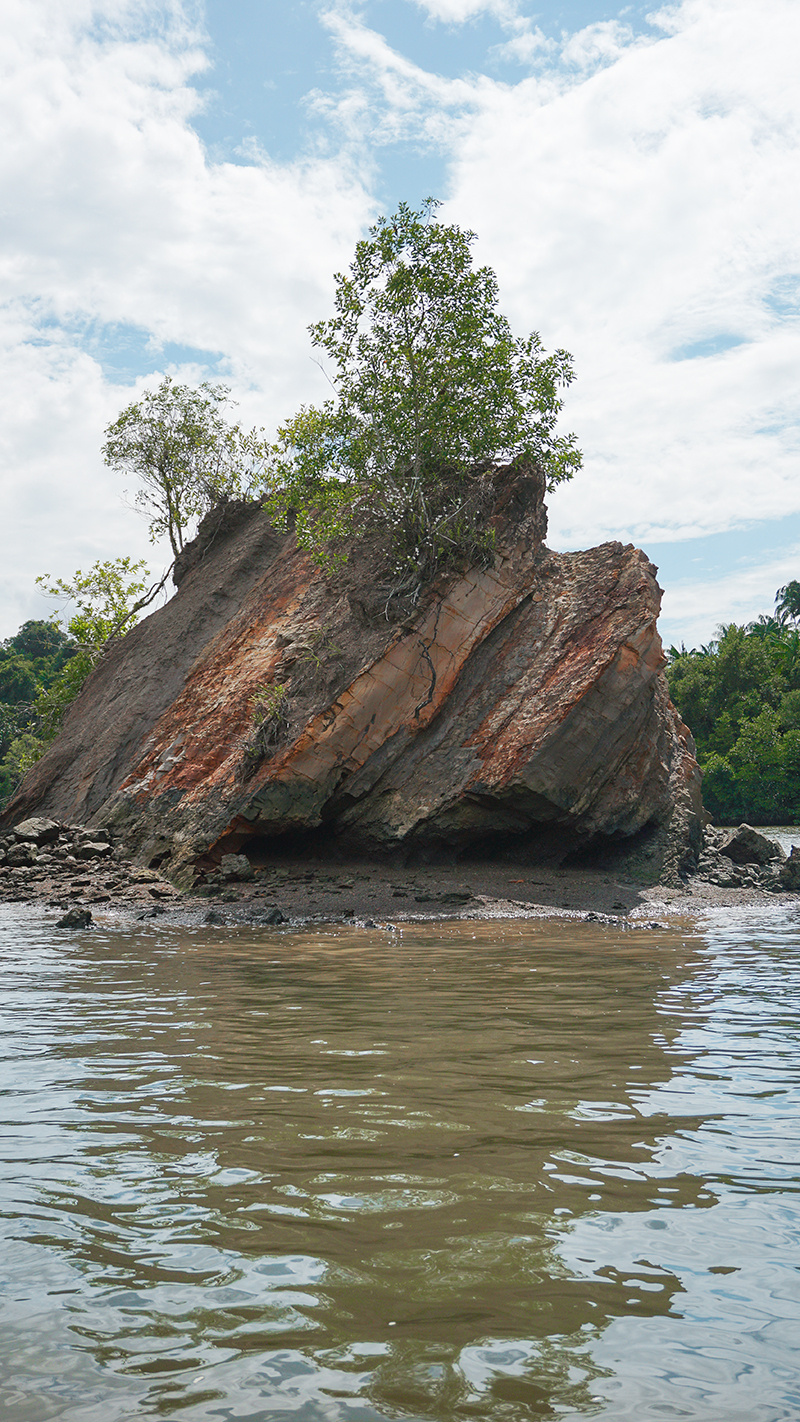 Other islands are locations of historical significance, such as Pulau Ambuk which was once the venue of a civil war between Sultan Abdul Hakkul Mubin and Pengiran Bendahara Mahyuddin in 1662, and the discovery of crude oil in 1920 at Pulau Berambang. Modern settlements are also highlighted, such as Kampung Sungai Bunga and the interesting story that gives it its name, and Kampung Burong Pingai Ayer – the location of the first mosque in Kampong Ayer. 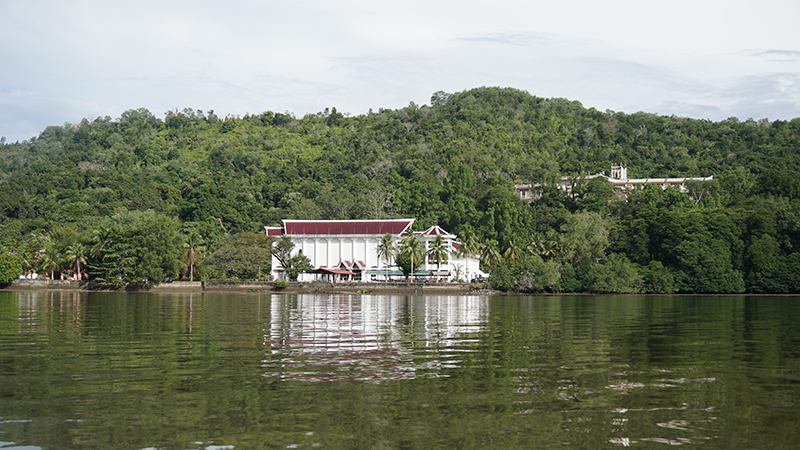 The Malay Technology Museum as seen from the Brunei River 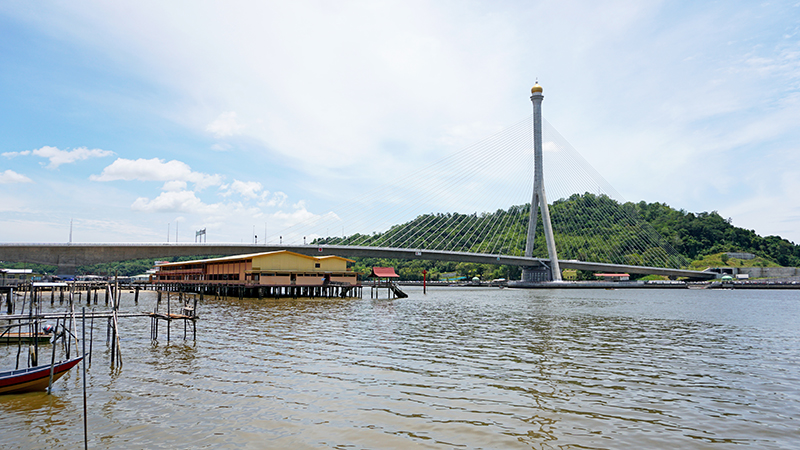 Throughout this trail are views of landmarks that include the Malay Technology Museum, the Brunei Maritime Museum and the Tombs of Sultan Sharif Ali and Sultan Bolkiah. Further down, the latest and magnificent Raja Isteri Pengiran Anak Saleha Bridge, Brunei’s first cable-stayed bridge, is a monumental sight at 157 metres high.

The promotion of the Brunei River Heritage Trail is an initiative of the Tourism Development Department in its efforts to showcase tourism products available in the country.

Present at the launching of the Brunei River Heritage Trail was guest of honour Dato Seri Setia Awg Haji Ali bin Apong, Minister of Primary Resources and Tourism, who also officiated the launch.

“Alhamdulillah, Brunei Darussalam is experiencing a positive drive for tourism development,” Dato Seri Setia Awg Haji Ali said in his welcoming remarks. “However we must also strive to maintain, conserve and preserve our values, heritage, culture, and history. This heritage trail seeks to educate and create awareness both for our locals and our visitors on the historical development and birth of what we now know as Negara Brunei Darussalam today.” 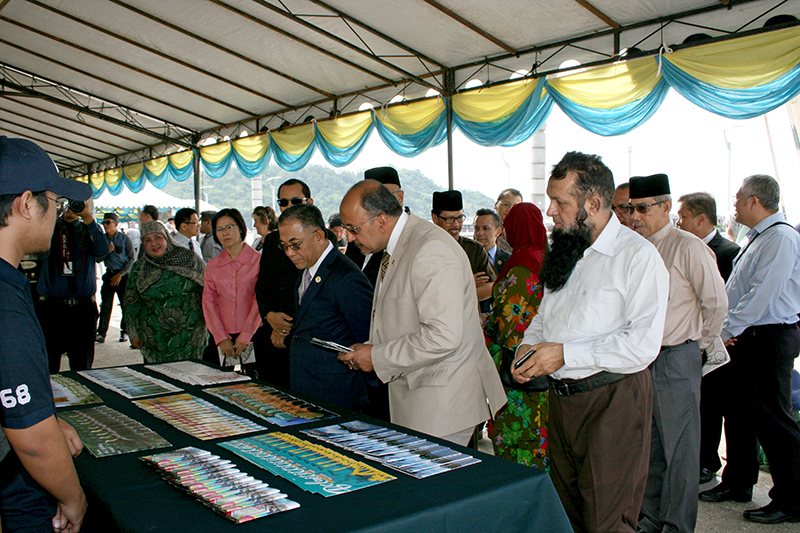 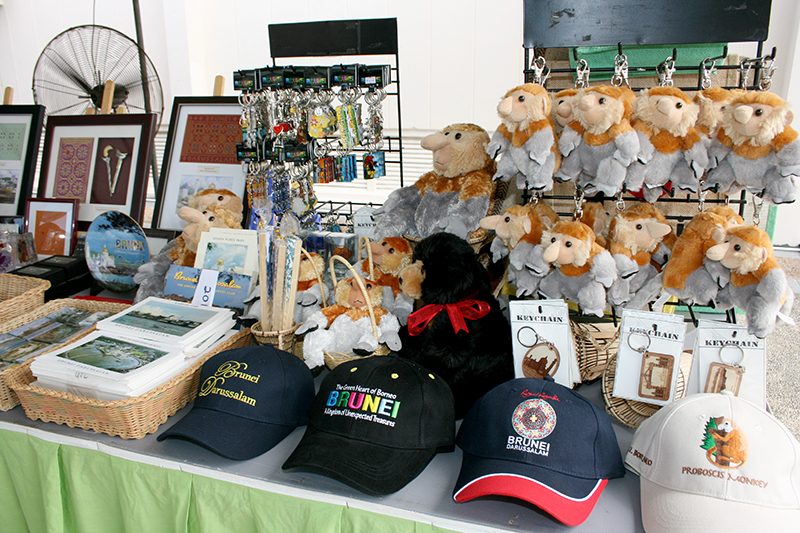 A showcase of tourism products during the launch 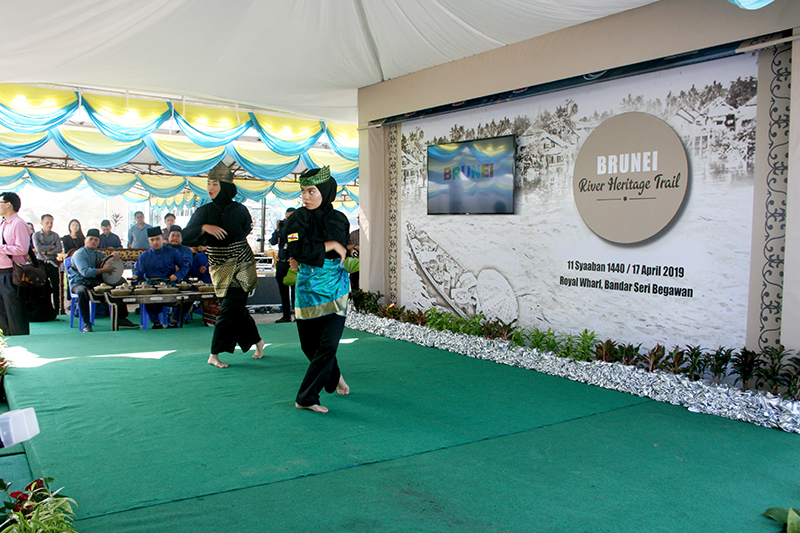 Guests were treated to a cultural performance during the event 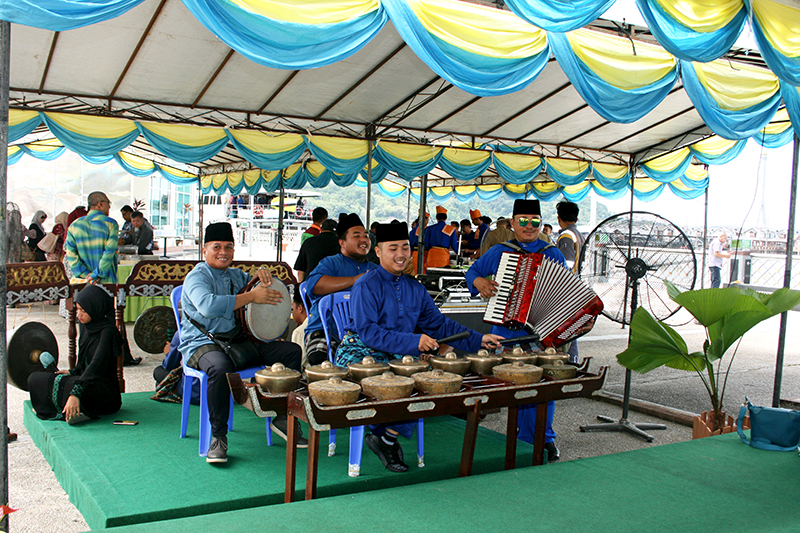 A traditional gulingtangan performance kept spirits lively throughout the event

After the launch, Dato Seri Setia Awg Haji Ali visited booths highlighting various tourism products exhibited by relevant government agencies, tourism service providers and the local community in their support of the Brunei River Heritage Trail. The Minister of Primary Resources and Tourism along with members of the Brunei Tourism Board and esteemed guests were also treated to a Brunei River Cruise aboard the MV Sentosa yacht, providing an opportunity to see some of the attractions offered in the Brunei River Heritage Trail.