Blessed with pleasant temperature and sunshine most of the year, and boasting some of Europe’s most stunning architectural wonders, Barcelona has always been a destination for architecture aficionados who seek a sophisticated weekend of sun and style. The recent opening of the Cotton House Hotel reaffirms the city’s long-standing affinity with great design and architecture, and will certainly be the hotel of choice for these design buffs.

Strategically located on Gran Via des les Corts Catalanes in the Eixample District, it is within walking distance to Passieg de Gracia, Barcelona’s famed shopping boulevard. Barcelona is a city that is designed to be appreciated on foot, hence the wide boulevards with dedicated shaded pedestrian and cyclist lanes.

It is great to know that the location of this hotel allows you to explore nearby neighborhoods like the Gothic Quarter on foot while making stops to admire the architectural marvels like La Pedrera, Casa Batllo and Sagrada Familia; all works from the Spanish starchitect, Antonio Gaudi. And of course, no visit to Barcelona would be complete without venturing out to the emblematic La Rambla boulevard and the compulsory pit stop at La Bouqeria market both located about five minutes walk away from the hotel.

The Cotton House Hotel stands on what was originally the headquarters of the Cotton Textile Foundation, an imposing neoclassical 19th century landmark building in the heart of Barcelona. Built for a Catalan bourgeoisie family at the height of the local textile industry, it was later sold in the mid 20th century to the Cotton Producers Guild, which made the building its headquarters.

The building underwent a massive refurbishment under the tasteful eye of designer, Lazaro Rosa-Violan, transforming the historical building into the Cotton House Hotel in January 2015. Post renovation, the building is back to its former glory, a historical gem in the heart of Barcelona.

The original elements of the building have been conserved, such as the imposing marble staircase, the delicate parquet, the boiserie embellished ceilings and the original decorative floors and walls in some of the rooms, while the new areas have been done in a contemporary and sophisticated style that seamlessly blends the old with the new.

One of my favourite spaces in the hotel is the Library – one of the rooms that the members of the Cotton Producers Guild used for meetings and as a social club that has been painstakingly restored. The Library is filled with beautiful antique furnishings and contemporary accessories, making it the perfect spot to relax, away from the hustle and bustle of the city, while soaking in the building’s history and architecture.

The roof garden, now a Cocktail Bar and Restaurant called Batuar, is a true reflection of the spirit of the hotel. Peppered with lush vegetation and part colonial in flavour, the venue is popular with local scenesters and it is a sophisticated and elegant place to indulge in tapas and Mediterranean cuisine, from 7am till midnight – something that is uncommon in this city.

The hotel has 83 refined and comfortable rooms themed around cotton. The rooms are furnished with sumptuous fabrics and colours in soothing combinations of white, black and sepia evoking tones of the cotton plant and everything else associated with it. In keeping with the theme, the hotel also offers its guests an artisanal tailor service by Santa Eulalia, the most prestigious tailor in Barcelona.

With a recent notable mention in the style bible, Monocle, the hotel will undoubtedly be a popular destination for the most curious travellers who want to discover the true essence of this Catalonia capital city.

This article first appeared in the January-March 2017 issue of Borneo Insider’s Guide magazine. 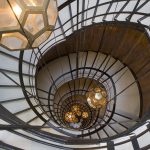 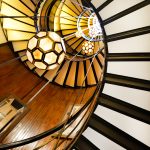 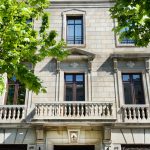 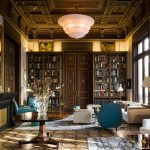 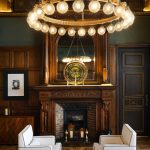 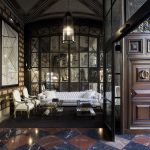 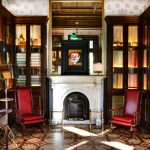 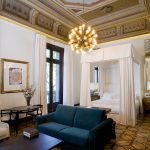 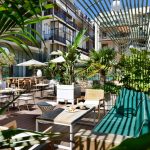 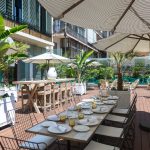 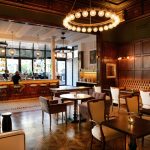 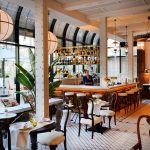 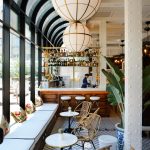 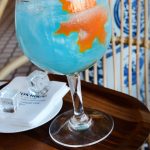