Brunei / Listen / Things to do / Watch 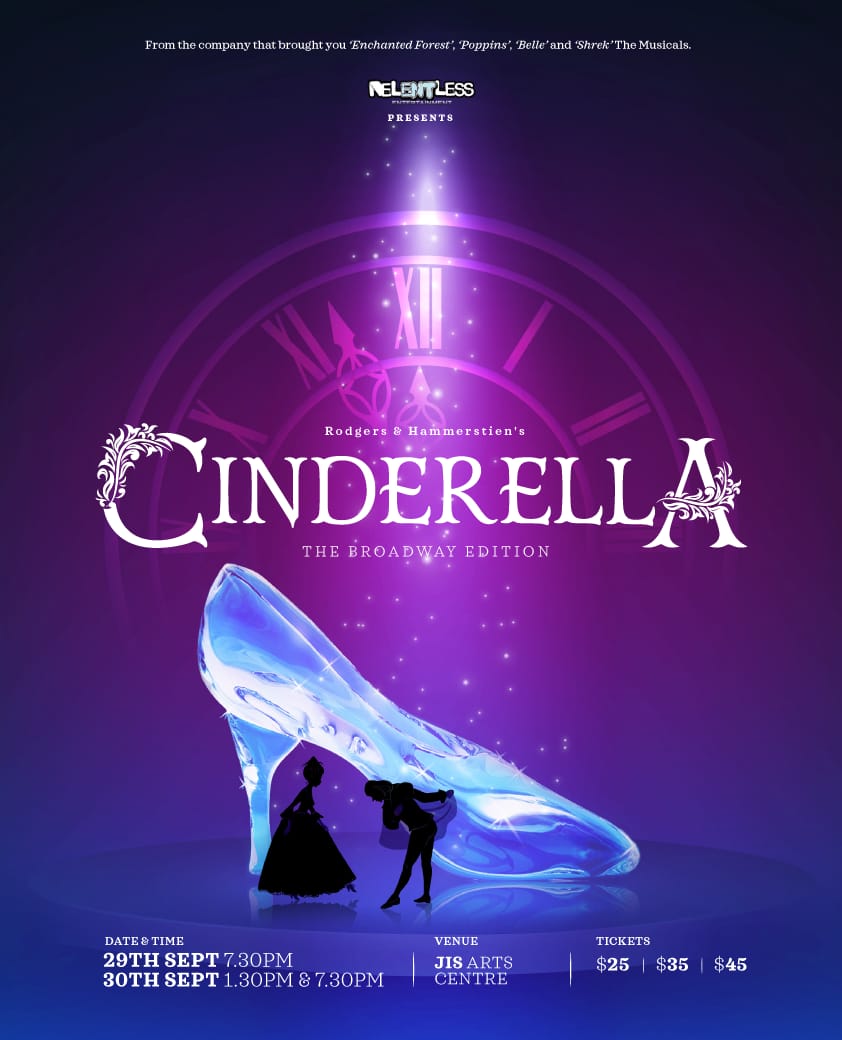 Come one, come all to Relentless’ Entertainment’s latest musical production! None other than Rodgers & Hammerstein’s much-loved take of Cinderella, audience members can look forward to another night of theatrical fun with lovable hits such as “In My Own Little Corner”, “Impossible/It’s Possible” and “Ten Minutes Ago”. (Who else has fond memories of  Rodgers & Hammerstein’s 1997 Cinderella movie featuring Brandy and Whitney Houston? We do!).

The classic tale that is known and loved deeply by children all around the world tells of a beautiful young woman who is forced into waiting on hand and foot after her cruel stepmother and step-sisters. Cinderella yearns for a better life for herself and thanks to the magical intervention of a Fairy Godmother, she eventually gets to attend the grand ball where she finally meets her Prince Charming.

Featuring a colourful cast made out of 50 talents ranging from 11-50 years old, the locally-produced musical is bringing a myriad of talents to the big stage with the promise of all-live singing and dancing. For close to a decade, Relentless has been one of the driving forces behind the Bruneian performing arts industry producing other hit musicals in the past such as “Enchanted Forest”, “Poppins”, “Belle” and “Shrek”.

With three shows taking place over the span of two days at the Jerudong International School (JIS) Arts Centre Theatre, Cinderella The Musical is definitely not one to be missed. Priced at $25, $35 and $45, tickets can be purchased at The Coffee Bean & Tea Leaf, Patisserie Cakehouse and Misato Japanese Restaurant as well as Offset Printing House. The show times are as follows:

Be sure to catch the Relentless crew in action in what is sure to be yet another memorable theatrical performance. Grab your tickets before they sell out and come prepared for a night of mirthful amusement and non-stop entertainment.