The Royal Brunei Enduro 2017 Opening Night Dinner took place last night at the Royal Brunei Recreational Club, kicking off the third round of the Asian Enduro Series this year. “Enduro” is an evolving form of mountain biking sport that is a mixture of downhill and cross-country biking, and this event marks the first time that Brunei has hosted this famous series of mountain bike racing, organized by Kingdom Rides + Adventures with support from the Ministry of Primary Resources and Tourism, and with Royal Brunei Airlines as its title sponsor.

The Opening Night Dinner kicked off with a short opening speech by Jason Pickett, Director of Kingdom Rides + Adventures, and a presentation of a certificate from the guest of honour, Yang Mulia Awang Wardi bin Haji Mohammad Ali, the Deputy Permanent Secretary of the Ministry of Primary Resources and Tourism. 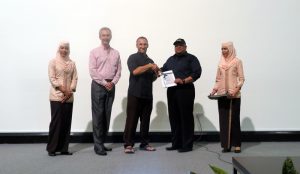 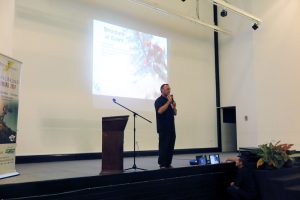 Jason Pickett delivering a rider’s briefing during the event

During the event, a rider’s briefing was conducted by Jason Pickett for the participants of Royal Brunei Enduro 2017. There was also merchandise such as mountain bikes, safety gear and t-shirts from Kingdom Rides + Adventures available for sale during the dinner. 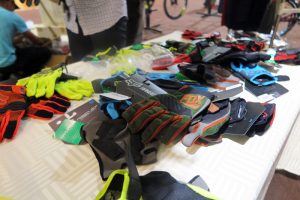 Safety gear was available for purchase throughout the event 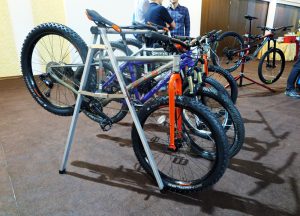 An array of mountain bikes were exhibited and available for sale 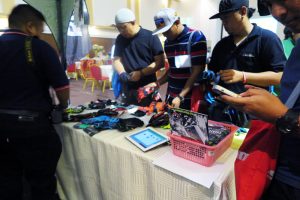 Participants of the Royal Brunei Enduro 2017 browsing through some products

The Royal Brunei Enduro 2017 will see an estimated number of 100 local and international participants taking part. The four-day event is scheduled to start on 28 September and will end on 1 October, with the first two days being practice sessions and the last two being the actual race days. Participants will be racing down Tasek Sarubing in five different categories: Elite (experienced riders), Weekend Warriors (hobby riders), Legends (for those aged 45 and above), Femenino (female riders) and Prodigy (for teenagers aged 14 to 18 years). The winner of each category is decided on the combined time of downhill racing for all stages.

The event also saw the attendance of officials from Ministry of Primary Resources and Tourism, Royal Brunei Airlines, and participants of the Royal Brunei Enduro 2017.

For more information about the Royal Brunei Enduro 2017, check them out on Facebook here.

Kingdom Rides + Adventures is a bicycle retail and adventure tour business based in Brunei Darussalam, that offers guided mountain bike rides through the jungles of Borneo. They also actively build trails for their guided rides and for use of the local community. For more information, check out their Facebook page here.