Over 100 fishing enthusiasts from Brunei Darussalam, Singapore, Macau, Hong Kong and China have confirmed participation in the annual Sabah International Fishing Tournament which will be held at Pulau Layang Layang. This six-day-five-night deep sea fishing tournament organised by the Sabah Anglers Association (SAA), offers prizes worth a total of RM70,000 in cash and kind, including trophies and medals. The angler with the heaviest catch stands to bring home RM25,000 in cash along with other prizes.

Although entry for the tournament at Pulau Layang Layang is already closed, anglers still have the option to participate in the tournament by fishing at local fishing grounds such as Samarang, Karang-Karang and Mantanani as well as around Kudat waters. The closing date for registration to fish at these alternative locations is April 24 at 4pm, and departure will be on April 27. Participants will still be eligible for the tournament prizes.

Similar to the previous years’ tournaments, anglers participating in SIFT will have to adhere to the rules and regulations set by SAA and the National Safety Council.

This includes fish species which are not allowed to be landed according to fisheries regulation. All species of Billfish, Humphead Wrasse (Mameng), sharks and rays are to be released immediately. They must not be landed or killed. Participants who infringe this rule will be disqualified.

For those who manage to hook a billfish, they may submit photographic proof or video of the catch and the fish must be released immediately in accordance with International Game Fishing Association (IGFA) rules.

The Top 10 winning fishes will be auctioned off to the public at the end of the tournament on 30th April at 1pm with proceeds going to charity. Expect some big fishes to be on the auction block so come prepared with your biggest cooler boxes. 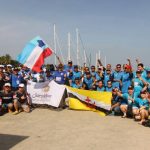 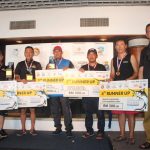 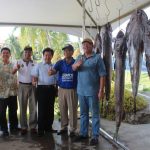