Even though he is based in Paris, Bruneian film-maker, Abdul Zainidi, has never forgotten his roots. He actively engages with local artistes and ensures that all his films made in Brunei are: “100% Bruneian.” Abdul Zainidi studied acting and theatre directing in Paris, at the renowned international drama school Cours Florent, where he was awarded a Lesley Chatterley Best Actor award for his work in a production called ‘Angels in America’. He has made over 10 short films, the best known being ‘Bread Dream’ – which was selected to be screened at the Cannes Film Festival short film corner in 2012; and Vanishing Children – which was featured at the SCI-FI-LONDON Festival in 2015.

Aside from his directing credits, he has also filmed, written and acted in other projects in Paris, and was recently chosen as the first Bruneian to take part in the Asian Film Academy. Abdul Zainidi trained under experienced filmmakers and artistes of the Korean cinema at the Busan International Film Festival’s educational program. He recently returned from Tokyo after showing his art house film, Anggur in Pockland, at the Asian International Film Festival.

We talked to Abdul Zainidi about his latest projects and sharing his extensive knowledge and experience in film making with our local artistes and film-makers in Brunei.

BiG: Tell us about your latest projects.

Anggur in Pockland is a poetic fairy tale about a boy named Pock and the creation of his universe. It’s a moving and whimsical film that revolves around the fruit anggur (‘grape’ in Malay) and features characters like Humpty Dumpty and Hansel and Gretel.

I wanted to show diversity with these two films. I’ve dealt with horror many times but I’ve always wanted to make an art house film, and that dream was realised with Anggur in Pockland. With that film, I wanted to show Brunei in its raw and artistic form, and as it is a film without dialogue, I wanted to use local actors who can convey a poetic language wordlessly. It was a challenging film to make, but immensely rewarding, being able to direct mostly inexperienced Bruneian youths in this dreamlike universe. Being a film director is like being a captain of a boat: you steer your cast and crew toward unknown territory and work to gain their trust.

BiG: Can you tell us more the local youths that you have cast in these films?

Abdul Zainidi: These are youths who are eager to gain some acting experience and who were willing to take a stab at the art under the ‘absurd’ eye of my vision. Some of them were inexperienced and needed encouragement, but I feel that lends to a certain ‘truth’ on camera. More Vanishing Children consisted of actors who had little or no experience at all, but that translated really well on the screen, and I feel that their acting is ‘authentically spooky’.  I’m not a director who looks for acting; I look for spontaneity, which is why I encourage improvisation.

My aim is to make art and to expose the talents and creative industry of Brunei overseas. Sure, we’re not as large as other countries, but it doesn’t mean the talent isn’t there. It just takes the right project, courage and time to exploit it. I feel that I managed to achieve that with my last two films while capturing the beautiful but dreamlike side of Brunei.

I prioritise in giving experience to our local youth – in my films, the soundtrack is performed by local musicians, and editing, acting, even graphic designing, is done by local talents – and I hope they will benefit from what I learned in France and Korea. So I’m proud to say that my films, in particular Anggur in Pockland, are 100% Bruneian team effort.

BiG: What did you learn at the Asian Film Academy and how has your experience there improved your skills as a director?

Abdul Zainidi: I learned a lot about filming, the nature of film making and acting during my two weeks there. My role there was mainly as director of photography which not just involves filming with a camera but also ‘painting a scene’, picturing and framing a shot. Learning from my experience there I often framed my actors in unusual angles to get a good ‘frame shot’, and encouraged them to improvise, make use of the space and most importantly, be dreamlike, as most of my films demand this mindset.

BiG: In your opinion, do you feel that the local film industry has made good progress in the last few years? Do you believe there is anything still lacking needed in Brunei for young film artistes to thrive?

Abdul Zainidi: I don’t believe that much is lacking. The film making industry has made good developments these past few years, a good example of that is the Universiti Brunei Darussalam (UBD) Film Festival last year, which was organised in partnership with The Creative Core BN, where I spoke to students about going ‘beyond frontiers’. In that festival I talked to young aspiring filmmakers and today, I’m working with them in my films.

BiG: What more can be done for this film making community to grow?

Abdul Zainidi: Initiatives like the UBD Film Festival are very good and should continue, not to mention the YSEALI Professional Fellows Program and art exhibitions. The idea of video competitions would also be a good way to see upcoming talents in videography. By making more movies, you give more opportunities for others to learn and I feel that when I make a movie, I’m not only a director but also a teacher imparting wisdom upon his students. 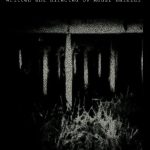 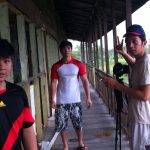 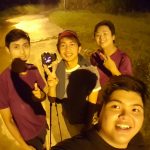 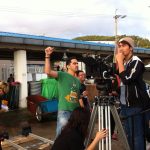 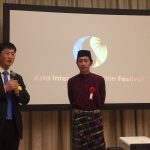 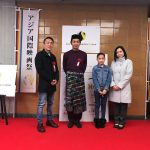