The AirAsia Runway Ready Designer Search 2017 Takes Off in Brunei!

The AirAsia Runway Ready Designer Search 2017 Takes Off in Brunei!

The AirAsia Runway Ready Designer Search 2017 kicked off its auditions last Saturday, 15 April 2017, with eight finalists from Brunei going through two extensive rounds of judging. The finalists were selected based on design creativity, originality, consistency of their collection, adherence to the ASEAN theme, practicality and stage presentation potential.

The hard work paid off – at the end of the day, Humaira Zakaria and Siti Nazmah Hj Abd Samad were chosen to represent Brunei at the grand finale of the AirAsia Runway Ready Designer Search 2017, which takes place in Kuala Lumpur in August this year.

Since its inception in 2015, the fashion competition has expanded to include Asean member countries and the search for the best runway ready designer will bring the judges on a regional tour to all 10 countries. Two finalists will be selected from each country, so to compete for the chance to showcase their collection on the Kuala Lumpur Fashion Week runway in 2018.

Shirley Tan, Head of Marketing for AirAsia Behad, said, “We are very pleased to expand the AirAsia Runway Ready Designer Search to include all 10 Asean countries and are very excited to be here in Brunei today. We are thrilled to see the talents and creativity that have come forward today. We wish them the very best and look forward to seeing their creations on the KL Fashion Week 2017 runway.”

One of the judges representing Brunei, fashion blogger and social influencer Nabeela from www.lipstickmyname.com, was overwhelmed with pride for her local designers. “Considering that we don’t have fashion schools, we’re not really supported to pursue this creative industry, I was pleasantly surprised at the amount of talent we have! I hope this event encourages people who want to pursue a career in fashion design. I know there’s a lot of potential out there.”

Permanent judge and founder of KL Fashion Week Ready to Wear, Andrew Tan, mentioned that it was a difficult task deciding on the two winners to represent Brunei, and had a message to all of the participants, “The journey continues and you must not stop. Fashion is not an easy business, it’s very challenging, but please do not stop and I hope to see you again next year.” 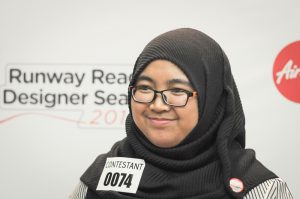 Still in shock from the win, 23-year old Humaira Zakaria (@hzno), who graduated with a Fashion Degree at the Winchester School of Art within the University of Southampton in the UK, said about the fashion industry in Brunei: “Before I went to the UK, the fashion industry in Brunei was already just starting, but it wasn’t as big as it is now. It’s really exciting to be a part of the rise of fashion here in Brunei.” 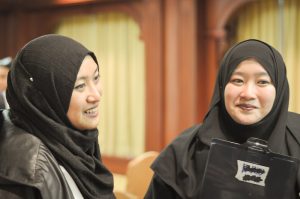 Siti Nazmah (Nazy) and her partner Kimmy represent the label Kava (@kava.bn) – a minimalist street fashion line with a touch of modesty – that only just started in February. Kimmy explained, “We’ve been wanting to work together for a while already, but there were complications that couldn’t be avoided. But this year is a new year, so new resolutions. Nazy always had this idea to do minimalist design and combine it with street wear, and that’s when Kava started.”

When asked about being chosen to represent Brunei, Nazy responded, “I was not expecting to win at all. Being exposed to fashion pioneers was enough for me but to win is just another level. I am beyond words!”

Both finalists stand a chance to win 150,000 AirAsia BIG Points, a MYR25,000 (BND7,917) fund to produce a capsule collection for sale on FashionValet.com, a six-page fashion spread in Travel 3Sixty – AirAsia’s in-flight magazine, AirAsia flights and mentorship from the KLFW RTW, as well as a confirmed slot to showcase their full collection in KL Fashion Week RTW 2018.

AirAsia is KLFW RTW 2017’s Preferred Travel Partner and will be flying in fashion designers from AirAsia and AirAsia X Groups’ extensive route network including India, Japan, China, South Korea and Australia to showcase their latest collection at the KLFW RTW runway. 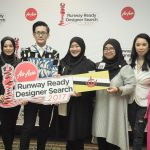 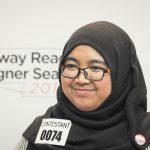 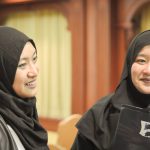 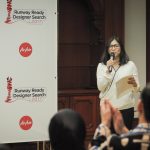