The Evolution of Kai Anwar aka Babu Si Nur

The Evolution of Kai Anwar aka Babu Si Nur 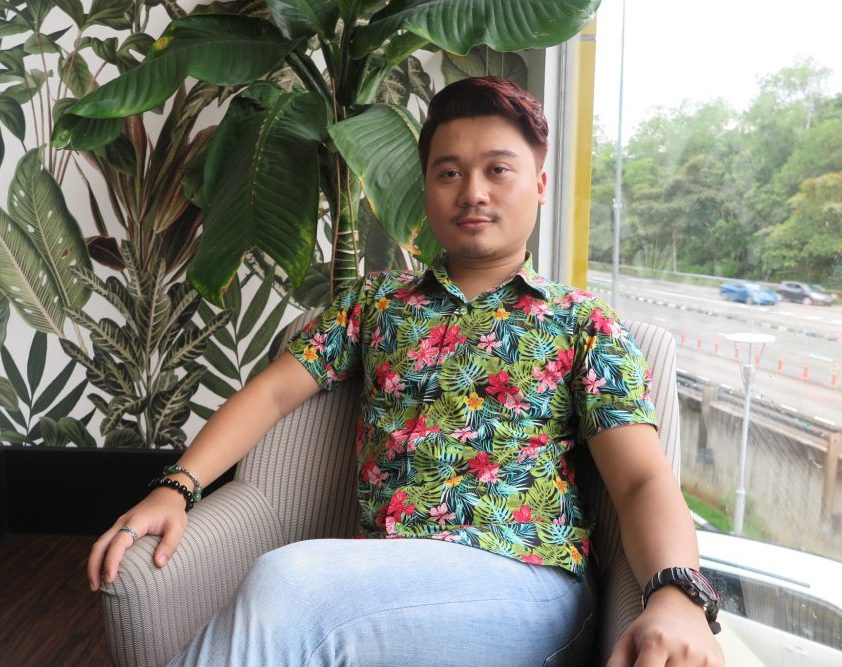 Getting to know the person behind a character as strong, flamboyant and witty as Babu Si Nur is an eye-opening experience. Babu Si Nur is a hybrid of two parents rolled into one towel donning bearded man in an apron who swats away dilemmas with a sassy snap of the fingers, whereas Kai Anwar is a world-weary man who, frankly, is a little bit on the shy side.  The two do share a social responsibility to their country, but while Babu Si Nur provides a platform to promote the Brunei way of life and local businesses, Kai uses that same platform to promote his fellow local creative talents – with varying degrees of success.

At the time we meet Kai Anwar, he’s taking a break from Babu Si Nur and social media. He’s annoyed. He has a few bones to pick with some people, but he’s graceful enough not to name any names. He is tired though: tired of social media politics, tired of being a local artist struggling to make a living, and tired of being Babu Si Nur. But that’s not to say that he has given up on his day job… yet.

“I’m investing in creativity,” Kai says. “I’m a post-graduate student. I’ve applied for work and I plan to continue my studies. But at the same time, as a Bruneian youth, I need to do something other than wait at home and do nothing. So why not invest in creativity? This is why Babu Si Nur was created, back then.”

While the larger than life Babu Si Nur has given Kai a lot of stress and pressure since its inception three years ago, it was the pressure of unemployment that first spurred him to create the character. “I didn’t have anything to do so I might as well do something. And from creating Babu Si Nur, I evolved, and once I did that, Alhamdulillah, I met amazing people. My early clients helped me a lot with their suggestions, and my social media platform evolved into entrepreneurship. I graduated back in 2014, and now it’s 2018 and I’m my own boss. So I’m thankful. But until when? That’s what I ask people: you want me to be Babu Si Nur, but until when?” 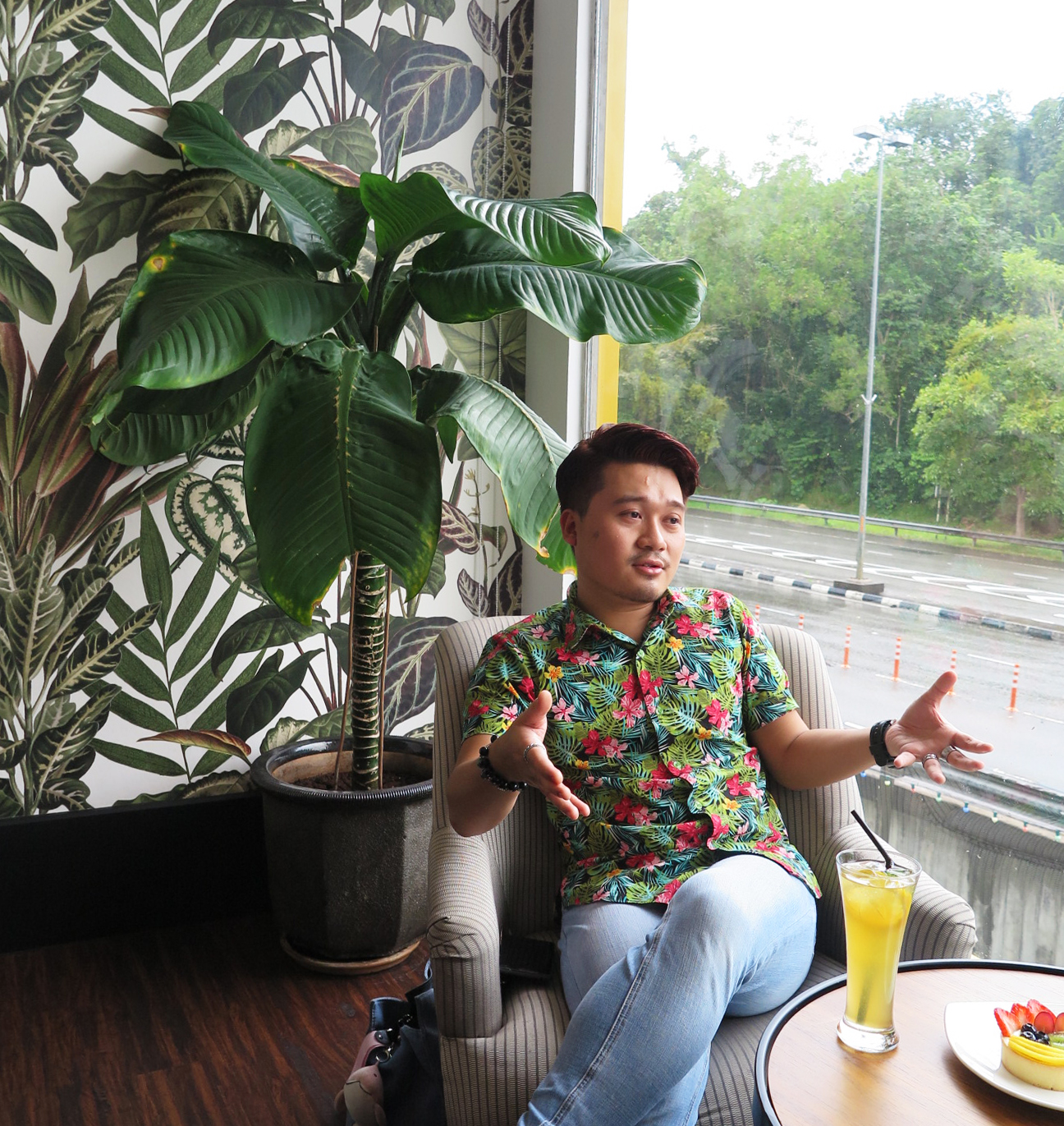 His journey of embodying a local character that was both beloved and criticised by the masses has been conflicting, to say the least. The experience for him was both eye-opening and soul-damaging. “People brand me as Babu Si Nur, but no one cares about the guy behind the character. When I stop, people ask me where’s Babu Si Nur. They don’t ask, are you okay? Feeling underappreciated? Babu Si Nur isn’t underappreciated, but the guy behind it is. This is my own struggle – I’m the one who needs to fights against my own demons.”

That feeling of being underappreciated brings Kai to where he is today – on an indefinite break from Babu Si Nur.

“I use my platform to promote creativity. People see the results of your social media posts or videos, but I think we’re missing the concept of educating the masses, or maybe they just need to understand the breakdown of creativity. We don’t just make a video, post it up and become somebody. There’s a journey to making one creative piece, and people shouldn’t skip that process and just look at the final product and disregard the struggle that we go through.”

It is Kai’s efforts in stepping away from his character that cemented this realisation. Recently occupying one of the lead roles in Origin Artistic Management’s latest film, Hari Minggu Yang Ke-Empat, Khai was exposed to life in the film industry. “I spent 18-20 hours a day working within 15 days, and I started to realise many things from there. Just one movie, and there were so many people involved and a lot of hard work. And I wondered, can we convince people to appreciate the time and effort creative people put into their work? I want our future generation to grow up watching Brunei-made movies, so they can be like, if they can do it, why can’t we?”

“I’m actually grateful to be able to live in an era where creativity is something you can love and make into something. It’s a great start, but what we need is more support and open up more job opportunities. We can’t do this without the cinematographer, videographers and make-up artists. It’s amazing how these days if you check social media you’ll find these Bruneian youths doing a lot of things, and I’m so impressed by the level of cinematography and videography growing in Brunei. But it goes back to the same thing: how are they going to survive in this industry without the support? And I think it’s our job to help them get a bigger platform.” 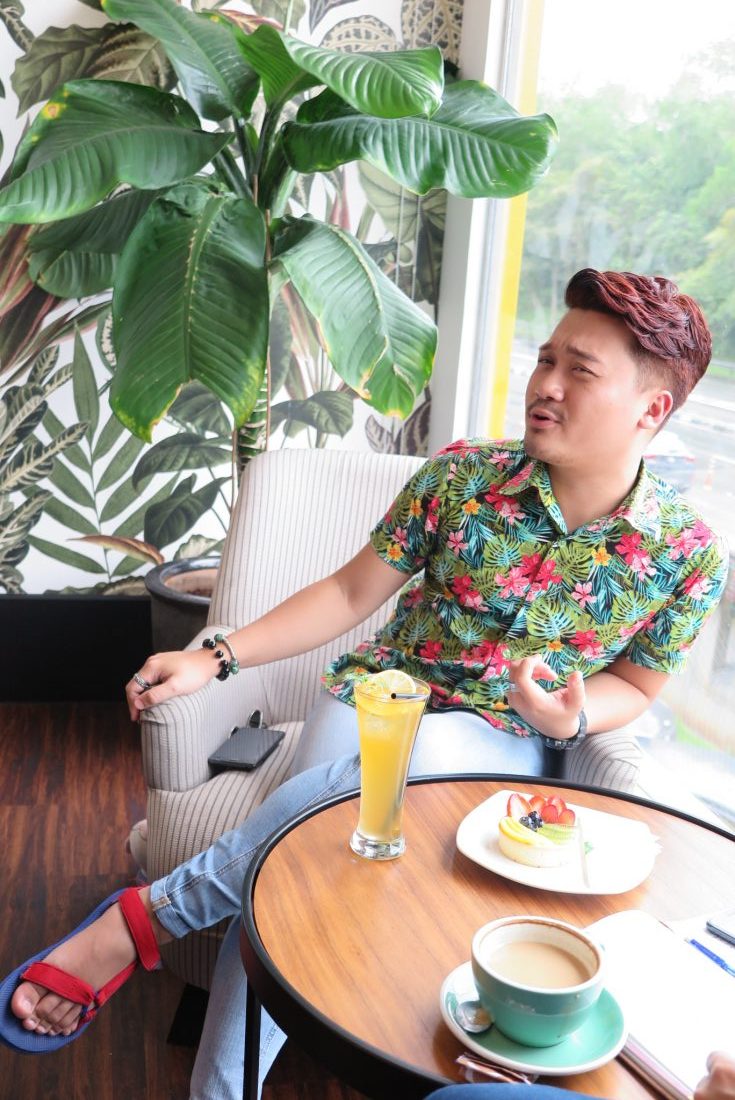 The conundrum, as Kai sees it, is that people won’t hire a creative person without an impressive portfolio, but a portfolio can’t be made without money. And herein lies Kai’s newest motivation: a project that will help people in the creative industry broaden their portfolio and in turn, hopefully get more jobs. The project will involve assembling artists from various sections of the industry to work together with local companies – at little to no cost. The project is as yet unnamed (the name ‘Projek Berkarih’ has been thrown around), and will, Kai predicts, make zero money.

“Once in a while it’s good for people to do something without expecting money back,” Kai says. “There’s nothing comparable to when someone says thank you. The people who survive in this industry are those who are passionate. You’re not going to survive if you focus only on profits. Of course, the profits are important, but it’s the passion that will keep you going on strong.”

It’s a risky move, but Kai has been taking risks since he started Babu Si Nur, and has no intention of slowing down now.

“Before I started, I was actually very shy. I didn’t have any platform. But at the end of the day, I was forced to push myself to survive. So I want people to learn that: to start taking risks and understand the consequences and learn how to actually empower yourself.”

But at the end of the day, just like it was in the beginning, everything stems from Kai’s unequivocal love for his country. Babu Si Nur began as a Brunei-speaking single parent from Kampong Ayer out of Kai’s love for his country, and his evolution from social media darling to real life protagonist hasn’t changed his love for his nation. It just gave him a different perspective, and a new mission to create awareness for his fellow local talents. And maybe, just maybe, garner a little appreciation and a little support for them too.

This article first appeared in the October-December 2018 issue of Borneo Insider’s Guide magazine.