Winners of BGW2018 Awarded at the Brunei Gastronomy Award Ceremony

Winners of BGW2018 Awarded at the Brunei Gastronomy Award Ceremony 2018 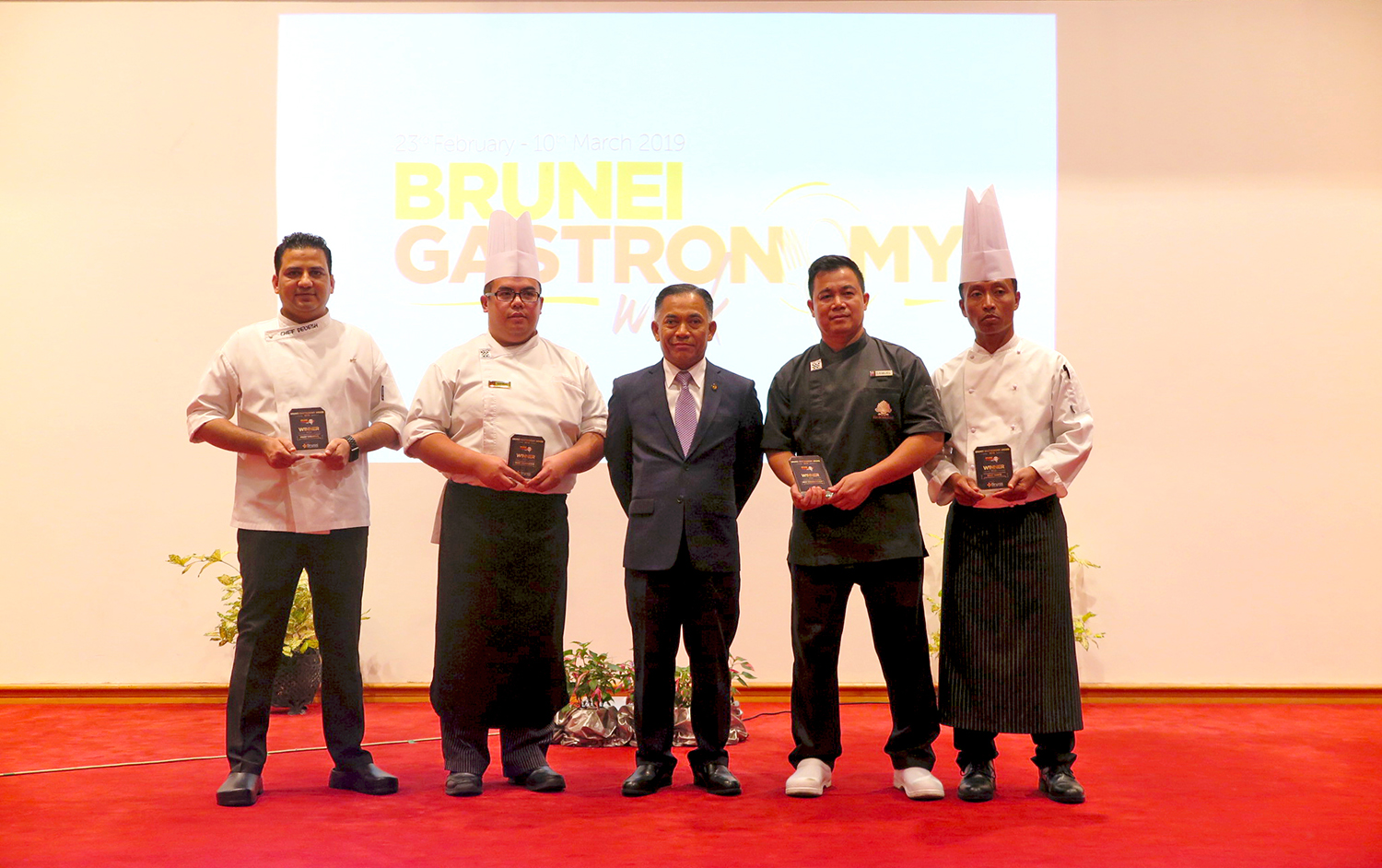 The Brunei Gastronomy Week 2019 was launched on 13 February 2019, returning for its third consecutive year. This annual event engages with local restaurants and hoteliers in elevating Brunei cuisine into fine dining fare for a period of time. 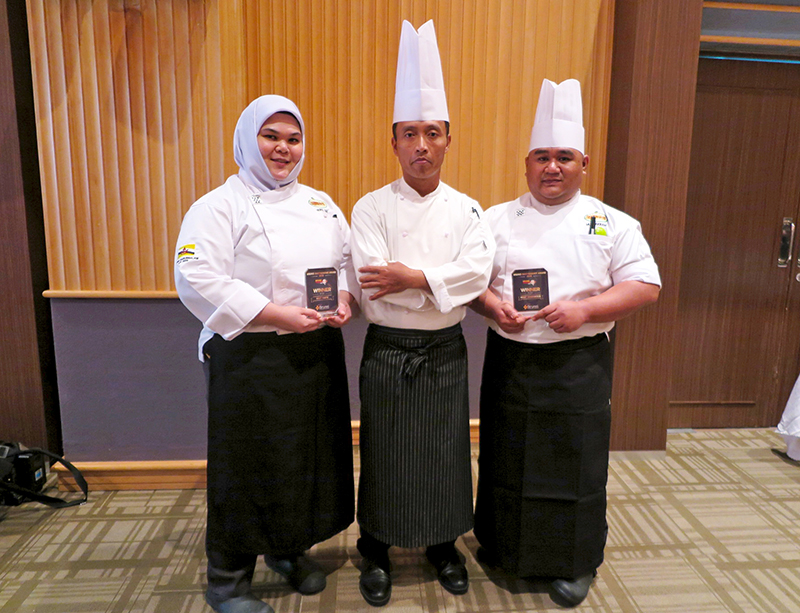 The Best Presentation was awarded to The Empire Hotel and Country Club for their signature dish Pais Hati Buyah (baked beef lung wrapped in banana leaf and served with steamed rice), for their food styling and adherence to the Brunei Gastronomy Week 2018 theme.

The Most Innovative was awarded to the Brunei Hotel for their Pais Ikan Bawal.

Radisson Hotel Brunei won The Most Creative for their Angus Tenderloin Rendang with Soup of the Day, in their creative usage of local ingredients. 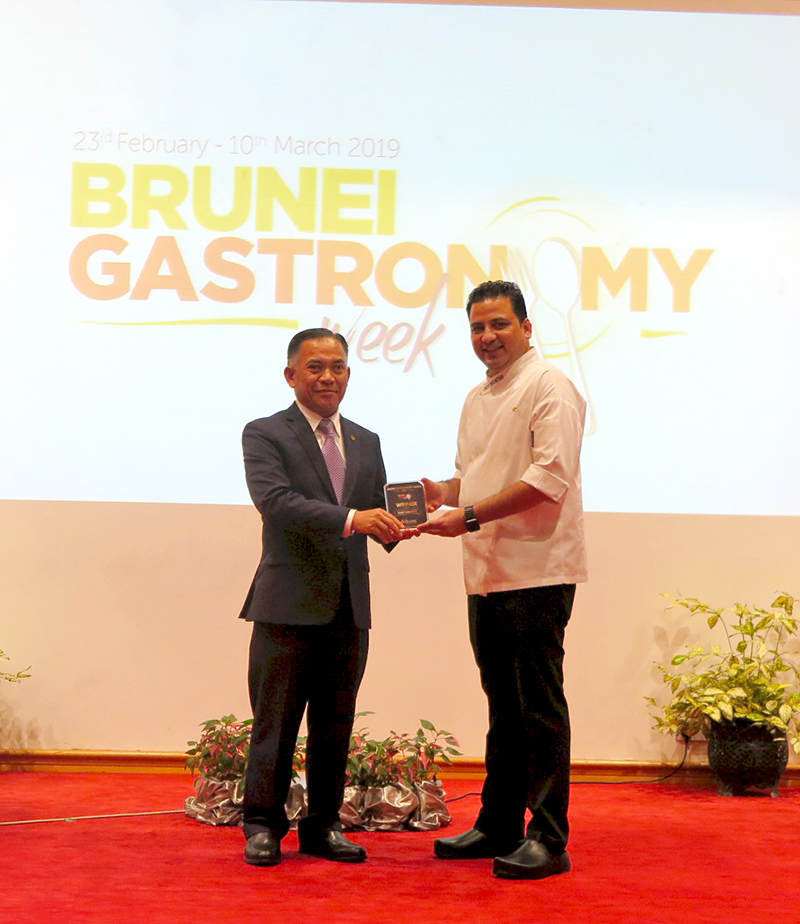 On winning this award, Chef Devesh from Radisson Hotel Brunei commented, “My approach to presenting a dish is to always give something different for the locals to try and as a chef, I always try to use local produce.” As for their signature dishes for this year’s Brunei Gastronomy Week, Radisson Hotel will be offering a special set menu from their two restaurants: Tasek Brasserie and Riwaz. “Our menu for this year’s Brunei Gastronomy Week is all made from local produce. Our team sits down together to do some research, throw around some suggestions, to come up with different concepts of these local dishes.” 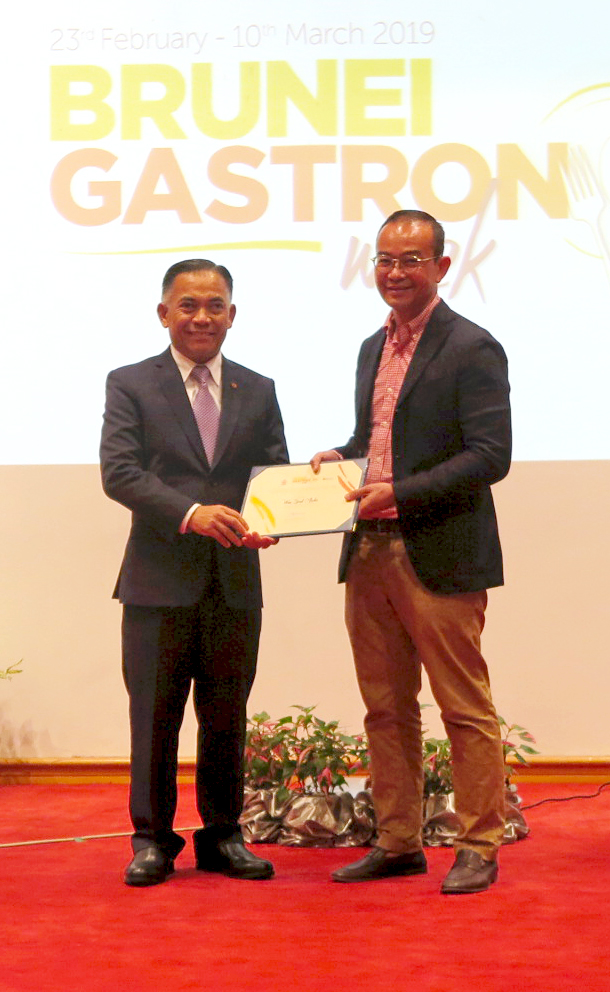 Wan Zainal Abidin, Publisher of CHMP Media, receives a Certificate of Appreciation for being one of the judges of Brunei Gastronomy Week 2018 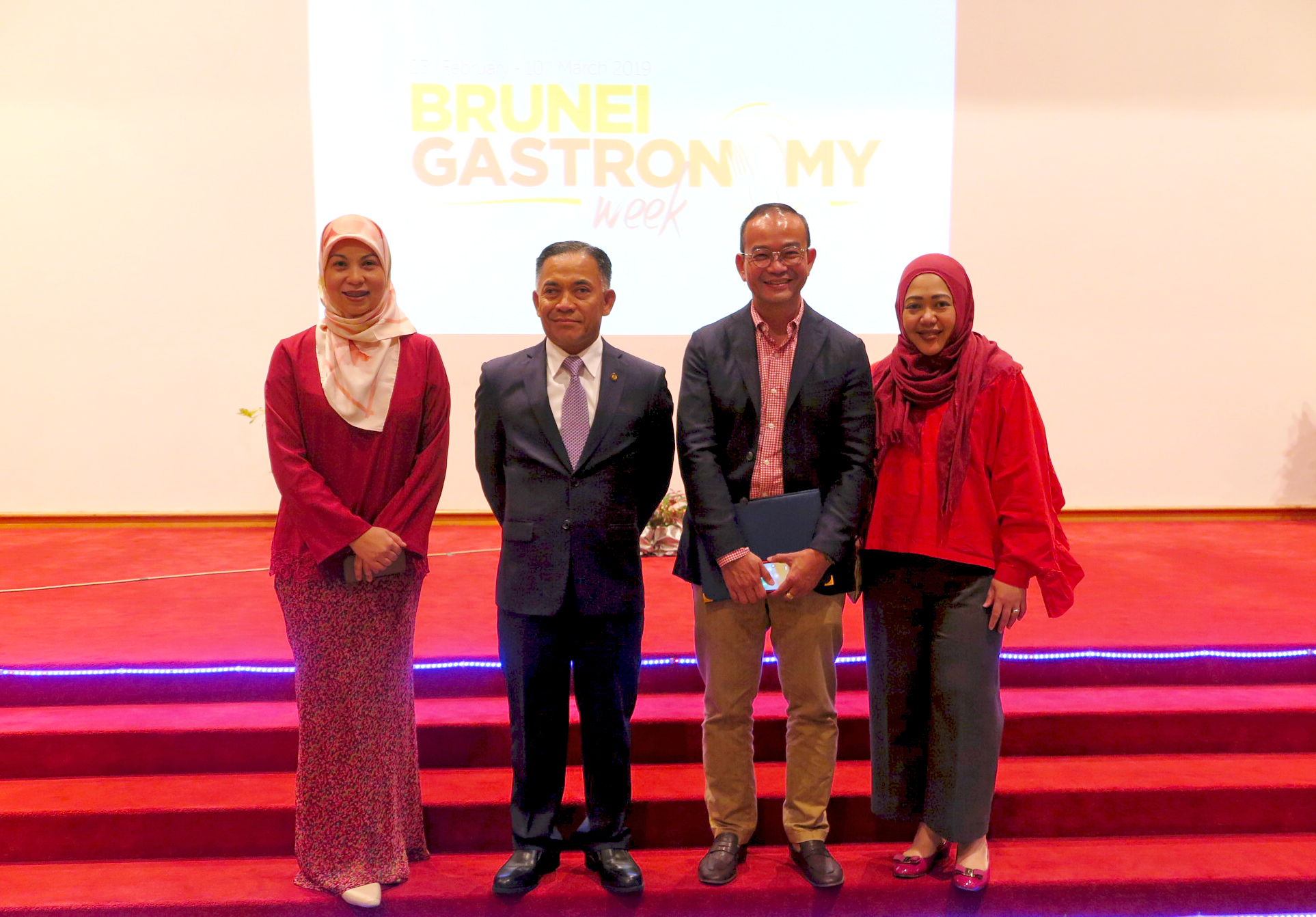